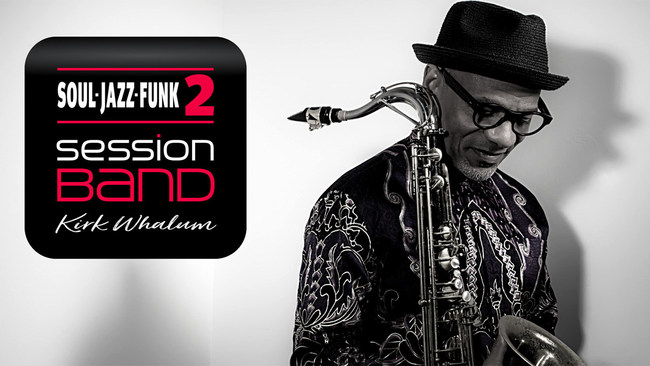 LONDON, June 16, 2020 /PRNewswire/ — UK Music Apps Ltd has this week launched a special edition of its award-winning SessionBand play-along music app with Kirk Whalum – one of the world’s most celebrated saxophonists.

The app is the world’s only chord-based loop app and enables musicians of all abilities to quickly create professional-quality music tracks to the chords they choose.

This is the London-based publisher’s 16th app but the first to involve such a big-name artist. Kirk Whalum is one of the world’s best-known saxophonists having recorded with some of the music industry’s biggest stars including George Benson, Luther Vandross, Quincy Jones, Al Jarreau, Larry Carlton and Whitney Houston.

Kirk’s unmistakable tenor sax solos have featured on many global hits but none bigger than Whitney Houston’s “I Will Always Love You” — the biggest selling single of all-time by a female artist.

The app works through the real-time manipulation of thousands of multitrack music loops that are included in the app download — all of which are chord-based.

Users create tracks by first selecting chords, then shrinking or stretching loops (representing those chords) on a musical timeline. There’s an onboard mixer, a suite of effects and a variety of record and share options. According to Forbes.com “…the results are remarkably polished”.

The pre-recorded loop content was painstakingly recorded by Kirk Whalum and a world-class band of four top session musicians over many weeks both in Memphis, USA and London, UK.

SessionBand co-founder Paul Sissons said:”What makes the app so transformative is that all the musical content is chord-based, making it possible for users to easily create complete backing tracks for any song without playing a note. Once they have created a track in one style, they can instantly hear the same track in other styles or transpose with one touch.

“For improvisers, SessionBand offers a unique source of musical accompaniment. Not only is the music ‘real’ but it’s been recorded by world-class musicians and the sound quality is stunning”. Jazzwise Magazine described SessionBand as “…the future of jazz play-alongs”.

SessionBand apps have been recommended by Apple editors across Europe and have become best-sellers in all major app territories — reaching the number one ‘paid’ music app position in 34 countries since launch. They have also been endorsed by stars such as Jamie Cullum who described them as “…extraordinarily useful”.